Danny Care the leading rugby player and Harlequin scrum-half is working hard in training camp. His hard work is for upcoming Old Mutual Wealth Series. In this training session, he has extended his limit to the next level to bring out best in him. 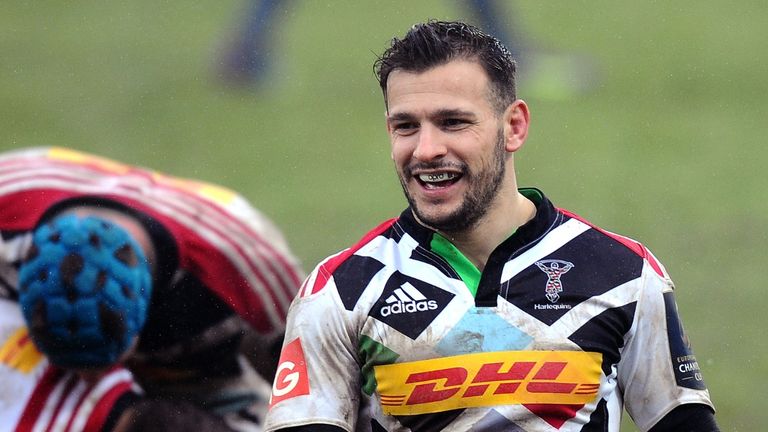 The team does not want to leave any stone unturned to make their performance best in this tournament. Talking about the intensity of the workout the Care is going through he said “Your objective behind this tough training is to make ourselves strong. No other team should feel comfortable playing opposite to us. This is what we want. The rigorous training has made us strong and will ascertain our success in game.” END_OF_DOCUMENT_TOKEN_TO_BE_REPLACED

Aviva Premiership Rugby Football Union club Harlequins FC has pulled off one of the biggest transfer coups of recent seasons by signing talented young Scotsman Robbie Nairn to their academy, beating off stiff competition from several other Aviva Premiership rivals.

Considered to be one of the biggest talents to emerge from Scotland in the last decade, Nairn has shocked the entire rugby community of Scotland by turning his back on his home country to move south and ply his trade in the Aviva Premiership. The 18 year old winger will link up with his new teammates in London as soon as his session at the Watson’s College ends.

Nairn also excelled in other sports and is a former Scottish schools shot putt champion and was recently turning out for Currie on a few occasions and he even won the BT Premiership try of the month award back in January.

The youngster is extremely excited about his move to Harlequins FC and spoke of his delight at being scouted by one of the biggest clubs in European rugby. A former Scotland Under 16 and Under 18 international, Nairn said that the task ahead of him is daunting and it is a challenge, especially living up to standards that the senior team has already placed before them but he wishes to develop his game all round in order to be seen as a worthy player capable of stepping up in their place when the time comes.

The academy manager at Harlequins FC Tony Diprose also hailed the signing of the youngster, saying that the player has immense potential and a desire to succeed and he is hopeful that the club will be able to develop him into a truly great layer of his time, which will benefit both the player and the club.

Danny Care has all the talent required to become the stardust player that the England team is crying out for and possibly needs in order to mount a challenge for the 2015 Rugby World Cup on home soil, according to the player’s team mate at Harlequins FC, Nick Easter.

The half back, at 27 years old, is entering the prime of his career, and has had a superb season for the Quins in the Aviva Premiership this season and he will have plenty of chances to impress England national tam boss Stuart Lancaster in the RBS Six Nations Championship as he looks to nail down a first team place ahead of the World Cup.

The current England squad is completely ravaged by injuries to key players and the return of Care to training with Harlequins FC since he suffered an injury playing for the club during their recent defeat at the hands of Clermont in the Heineken Cup comes as a huge boost for Lancaster as well as the team’s chances of reclaiming the Six Nations title for the first time in three years.

England faces a tricky away trip to France in their first match of the RBS Six Nations Championship this season and Care should be fit for selection for the match.

And speaking of his team mate, the former England skipper Easter stated that Care has been very unlucky over the last few years because he has been the best player in scrum half in England and still hasn’t been picked but now he has the opportunity to set things right and claim his starting berth for England in the future.

He also stated that his Harlequins FC is one with that X-factor that England need to challenge for the World Cup title when the event comes home next year.