Mark Reddish is being picked up for the new season by the Harlequins team. Mark who comes from Highlanders helped the latter be victorious in the Super Rugby finals that were held last year. 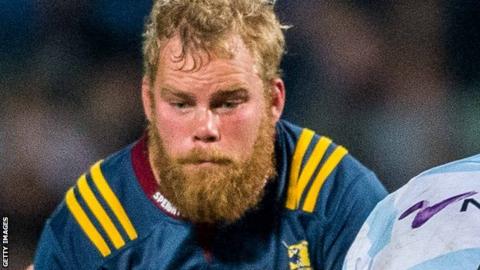 Harlequins have signed him on as a second row forward player. The change would happen before the new season begins. Reddish had made his debut in the Hurricanes team as part of the Super Rugby tournament. In that game he had played against the Highlanders in the year 2011. His playing skills definitely made an impression on the rival team who took him over in Dunedin in the year 2015. END_OF_DOCUMENT_TOKEN_TO_BE_REPLACED

With players being signed on for the upcoming season, Harlequins team is looking at signing up Ruaridh Jackson.

He currently plays the fly half role for Wasps team. He has made about eighteen appearances for Wasps so far and has been able to score 72 points. However, the points that he missed out in the last season were mainly due to a knee injury he sustained. For Harlequins, targeting players from the rival team Wasps are strategic decisions. As both teams are rivals, the right decorum or codes need to be maintained at the time of taking up a player from the opposing team.

Ruaridh Jackson is 28 years of age, being Scottish in origin. He has played for the Wasps for the last two seasons. Before that he had played for Glasgow Warriors for about six years. The Quins director had to provide reasons for getting this player over to their team. As per John Kingston, the director of rugby for Quins, the style of playing of Ruaridh Jackson is perfect for Harlequins. Hence, he will fit in well with minimal playing style adjustments required. END_OF_DOCUMENT_TOKEN_TO_BE_REPLACED